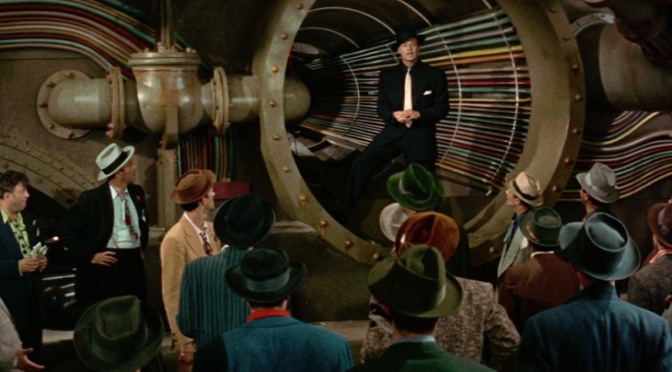 He’d collected his nerves and approached her table, even though he held no drink from the bar inside. “I noticed your map. I can help you find most anything around here.” He tightened, but her smile was fast, her forehead relaxed.

“Maybe you can,” she said. “In Rome there is a place where people line up at a door to nowhere. It makes no sense until you wait yourself and take your turn looking through the keyhole and you see a view of the city, the dome of St. Peter’s right in the center.” She looked up and sideways, toward the tail of her thick eyebrows. “If you want to help me, take me to the keyhole of New Orleans, the closest equivalent.”

They walked the two blocks to the Ursuline Convent, and he showed her how to peep through a crack in the gate to see the herons within. She was kind, but the bend of her neck suggested disappointment.

On the bridge over the river, she said, “This wasn’t the kind of view I meant.” When the owner granted them permission to view the hidden room within his Royal Street antique store, she said “Almost.” When he sprung for a taxi to take them to the Port Pontchartrain lighthouse and told her it had survived every storm since 1854, she said “Impressive.” But shrugged her shoulders away from her perfect collarbones as she did so, adding “Almost all things are much older in Italy.”

“More birds,” she said when they stood before Oschner Island, but this time she gave him no more clues.

He learned from a urinal internet search that the architect was not only an urban romantic but also an artist who used his tools to generate a brooding series of fictitious prisons. Half an hour later, at the corner of Chartres and Esplanade, he told her of the slave pen that had once stood where they did. Her trembling chin was not the sign he’d been looking for, and he knew he hadn’t yet shown her what she wanted. In the city’s few subterranean spaces, she said, each time, “Let’s go back to the sun.”

As the sun faded and he walked her back toward where he’d found her, he pointed at interesting doors and fixtures, casually, as though he was not making one last desperate try.

The strange day made it into his journal—he was keeping one in those days, writing on his balcony to the sound of an eccentric neighbor’s carillon, pausing to locate planets among those stars he could see through the streetlights.

He thought about her less as time proceeded, filled with events as it is, except when he reviewed his day in history on that date in May. And on that date every May he bought an international stamp and mailed a tourist’s postcard—a photograph of the cathedral at night, revelry on Bourbon Street, an iconic courtyard—to what she said was the closest she had to a permanent address. He missed only the year after the storm, when he was just returned and nothing was the same. Soon after that he opened a special account to save for his trip, when he might or might not look through the keyhole on Aventine Hill but would certainly seek out the work of its original architect, who spent his free time engraving both romantic vistas of his city and a series of imaginative prisons, considered by most to be dark and bizarre.

Elise Blackwell is the author of five novels, most recently The Lower Quarter. Her short prose has appeared in the Atlantic, Witness, Brick, Seed, and other publications. Her work has been named to several best-of-the-year lists, translated into multiple languages, adapted for the stage, and served as inspiration for a Decemberists’ song. She lives in the American South.

My Tweets
Join 13,551 other followers