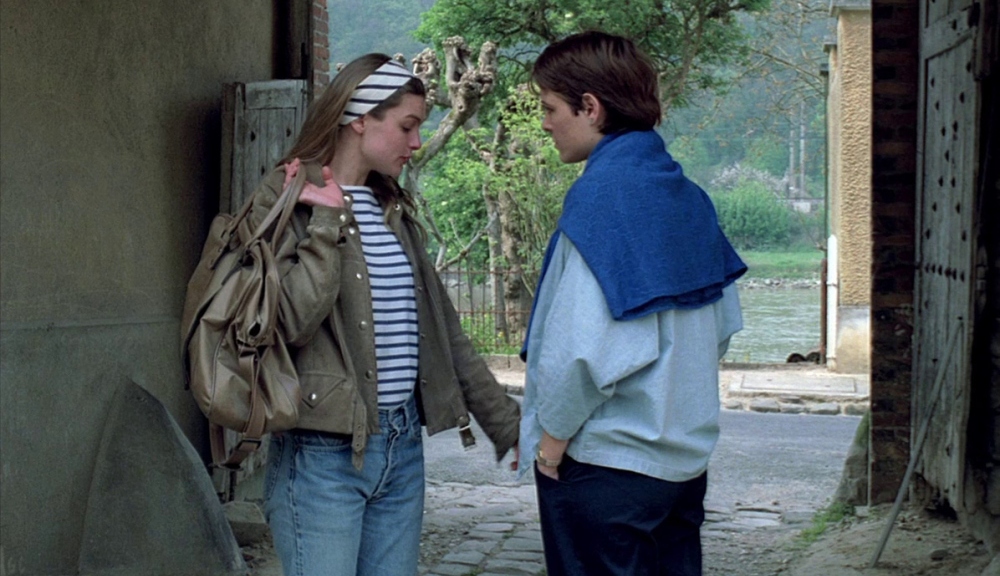 Art:  A Tale of Springtime

Two weeks ago I called and asked if you wanted to hang out again.

You said you were still considering it and you’d let me know.

That should’ve tipped me off.

Today you send me this email in which you write, amongst other vindictive and unnecessary things, ‘Good luck, Rob: I hope you find someone soon.’

At this point I’d rather not have heard from you at all, and I could tell from the painfully neutral subject line in your email that it wasn’t good news. There are now four differently highlighted versions of it pinned to my corkboard, draping amidst the motivational notes I’ve since written to give myself the confidence not to think about what I invested in you. ‘A break-up does not equal failure,’ one says. ‘Feel gifted for the time you managed to spend with her,’ says another. My favourite is stuck in the top left corner of one of the many pictures of you I printed from the internet and later defiled: ‘I’ll do better next time.’

Amidst your bland politeness, you offer me the following: ‘I just didn’t quite feel the chemistry was right.’ I bet sending me that felt great. I don’t know what it means but I have twelve possible answers pending further evaluation once the powerful attraction you created between my belly and the kitchen floor finally dissipates— right now it feels like it never will. Here I lie, writing this to you now, sipping vodka from my emergency relapse bottle, which is hidden behind the five kilo bags of sushi rice just to the left of the sink. You remember how much I like sushi, right? Or are the memories already fading? Anyway: I reject your “chemistry” line, and the many different versions you wrote before you decided this one suited you best and would, you astutely divined, mainline itself to my heart and there spread its seed, propagate its misery.

I tried to be what you wanted, but all you ever gave me to work with was a list of banal and cliché properties. You asked for ‘Someone who grabs my interest from the beginning and never lets go. A kind of Mr Darcy meets Edward Cullen.’ Both those identities are already taken, you realise, and by fictional characters no less. You, just like anyone else, have but one credible statement to make about what you want: ‘I’ll know it when I see it.’ And even if you were decent enough to admit that, how would I know what you want when you don’t even know? Am I really supposed to parade my wares around to every possible woman and wait weeks upon months more to discover that no, they aren’t interested in me?

I know how you would respond to this question, if you deigned to perform me such a courtesy: why am I not asking myself what I want? When I took you out for pizza that first time, you thanked me for picking your profile, and I said, half in jest, ‘What makes you think I have any say in this at all?’

Why else would you send me anything if not that you wanted to hurt me? When I think this way, all the reasons why I am a failure (supreme lord-seether in unpredictable bouts of petty jealousy, undefeated champion-complainer, great bestower of all-round emotional incompetence) become so much more apparent that they eclipse all the good I did while we were dating. You sat at your laptop, in a Mayfair bedroom I will never be granted entrance to again, and you wrote your email to me—or worse, you had it prepped, because it reads like a form letter by the way, so just how many other suitors’ hearts did you break before you even got round to me?— and you thought about the time— you’re never going to forgive me for this, are you?— I tried to impress you with a weekend getaway in Bath— perhaps six weeks into our courtship was a little hasty, I’ll give you that, if indeed you found it so (and again, how would I know?)— and I accidentally locked our suitcases and went through most of the 999 possible combinations before screaming expletives and making you cry with frustration, making you watch with that tiny minibar beer in hand as I finally unlocked it with lucky 600.

You’ve forgotten all the wonderful nights we had together. All you think about now are the bits I know were not me at my best, like when— as if I need to remind you about it, glaring as the error now seems to me!— you called me round to build your bookcase for you (hey, again, you’re welcome) but I did it (at least I actually did it!) in a fit of rage. The instructions had no words, Karen. No words! And all the screws were such similar sizes. How am I supposed to know when I’ve cemented a decent skillset in place to, oh I don’t know, build a bookcase, for example? Setting aside that you just stood back, judging me, letting me give it a shot only to later tell me the thing looked rubbish? Why do we live in a culture that leads us to believe that making no bookcases is better than making a bad one? Well done, genius: I’m not just talking about bookcases anymore. I put way more work into our time together than you did. Just you try and do everything I did, be everything I was, if you think you know anything about what does or doesn’t have “chemistry”, but I bet you never wondered if one of the components came to the mix without enough energy to start a reaction! I look at our time together through your eyes and you make me feel like it wasn’t worth it, but your time was even further wasted: you just stood there while I cracked bad jokes and broke furniture— you didn’t even achieve that.

Hey, answer me this, would you: does it enter your pretty little head how much confidence I had to muster to make myself vulnerable to you like that? Or how many relationships I’m supposed to test out and learn from before I know I’m The One to somebody? Or how I’m supposed to trust my intuition after you’ve sent me this cryptic half-hearted email that casts doubt over all the ways I’ve grown as a person since my last girlfriend, whose name I can’t even say without uncontrollably cringing?

I’ve been checking out your bezzie Sandra online, by the way: she’s middling. If people like Sandra are who you choose to associate yourself with— or any of your other friends, who I assume are identical in their inoffensive appearances and dull personalities— you know what? I’m glad you didn’t pick me: clearly you go for popular over real value, and it’ll consign you to a life of mediocrity, meanwhile you send decent folk like me into the strange feverish div-versus-genius oscillation that tells them ‘I’m no good!’/ ‘I’m the best ever, and you’re missing out!’/ ‘I don’t have it in me, and because of my inescapable self-interest, I can’t relate to others, and crueller still, I’m the only one who’ll never figure this out about myself! “Do you think I have qualities a partner would appreciate?” I’ll ask my friends, and none of them will have the guts to answer anything other than “Of course! Anyone would be lucky to have you.” Perhaps they’ll opt for the painfully ambiguous “Keep putting yourself out there: you never know.” I get that it’s not their right or responsibility to say “Give up: you’re wasting everyone’s time, especially your own.” But I don’t want pity-dates, either: I’d have to provide at least as much value to a partner as they’d offer me if they were going to take me on— I thought I already had!— but putting yourself out there gives you the itch to beg, to pander, to do anything but say “This is me at my best: what do you think?” and I wonder if anyone’s truly done it.’/ ‘There are no limits to what I can accomplish! You can’t be yourself without getting a little lonelier and a lot less understood.’/ ‘Am I one of those people who’ll only be missed when he’s gone? Will I be ushered out the world before my celebration parties begin?’

No matter which of these messages I take on, there’s always the chance things will go either way for anyone, and no one— no one!—ever knows.

I’ll go to my support network, tell them what you wrote and they’ll say ‘Happens to the best of us, buddy, and no avoiding it.’ They’ll say ‘I know how you feel: every successful bachelor’s been shot down a fair number of times, many more than you, even, and for many further years before they found their wives.’ Is the point here that I have additional years of toil to look forward to? Even after those, there’s no guarantee I’ll come away from the dating scene with a partner. ‘Gotta suck it up, move past it, try someone else,’ they’ll say. ‘You’re still alive, right? You’ll have more chances in future.’ In the precise moment they pass these words to me, they won’t feel the unique anguish I’ve described and are thus incapable of providing me with compassion. Then I’lllllll go off on my ownnnnnn and flounder alone whilllllleeeee yoouuuuu aergiuleghsiulhjsshgerhshrqaaaaqqaaqqaqaqq

I’ve just woken up on the kitchen floor. The hard edge of my laptop’s keyboard is embossed into my right cheek. Suspicious of my boozy self, I checked my mail and saw that I sent you quite a bitter think piece last night, but I didn’t recognise the email address you used, so I bet you took some measures to ensure I couldn’t contact you further anyway. Shame, because I think you’d enjoy my kinder insights, though I guess they arrive in your inbox with way less frequency than the diatribes, and who could bear a long, vicious rant for the following meagre drop of goodwill? Admittedly, the payoff doesn’t seem worth it. But I’ll finish what I started anyhow.

I wouldn’t want to be you, either. Especially if people even think of sending you messages like I sent you last night. I’d rather take one offence than a plethora of angry insults, but in the morning’s clarity, I see that both are unnecessary when it comes to the severance-of-dating process.

How were you supposed to know how I liked to be broken up with? Working that out would take at least as long as it would for me to work out what you wanted too. What to say about that? When it works it works; when it doesn’t it doesn’t, I guess.

It was just three months, right? In my thirties now, these three-month packages move swiftly enough, and I may have less and less of them to offer, but I never dispose of them without stabbing in a lighter darkness next time.

Our time together wasn’t a total waste, Karen. Good luck to you too.

Leo X. Robertson is a Scottish process engineer and emerging writer, currently living in Oslo, Norway. He has work published most recently by HST Quarterly, Creepy Campfire Quarterly and Twisted50. You can follow him on Twitter @Leoxwrite