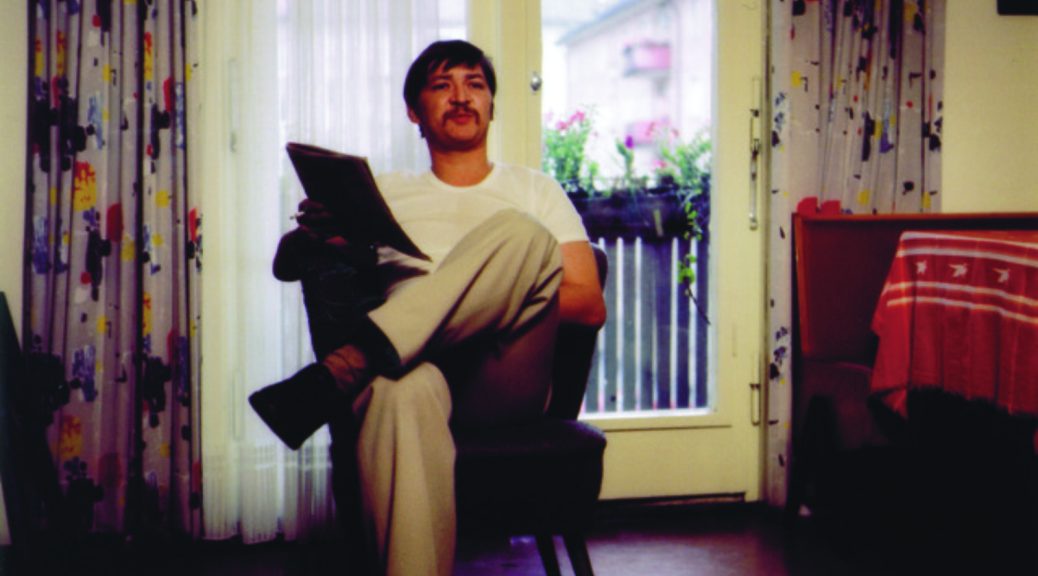 I’d like to tell you, my dear, about three people.

Very late in his life, in other words in his mid-thirties, my father was struck by a deep and sudden passion for photography. He began walking through the woods with his camera taking photographs of the many trees that encased our little home. Now, was it strange for us to watch this man we knew violently, who trembled even when sitting and stomped wherever he moved, creep so cautiously through the pine needles, coming at a single tree like something he cared for deeply and feared might run away? Yes. More than anything, we were relieved to have his hands occupied by something other than our bodies. Quietly, we believed our father had gone mad.

I can remember him catching me once when I was watching him move through the forest. Our eyes locked, and he pointed one long finger several times to his head, rolling his eyes in his skull and letting his tongue hang lifeless between his wet lips. By the end, our father might have done quite literally anything. There was no predicting the man; any one thing would have been exactly as surprising as any other. He was entirely and fatally free.

Our mother, my brother’s and my mother, Joanne Howard, was a private person. I mean I sensed as much even back then. Of course, to pursue privacy as a woman is to invite skepticism, at the very least. We will get called, for example, a “cunt,” which we might believe is the worst we can be called until we experience being called worse. I suppose I take after my mother in this private way, which I suppose has become something of a romantic notion these days, privacy.

It was not until much later that I learned my mother was also secretive. Next to privacy, secrecy is more barbaric. Secrecy is an act of violence and faith, or an act of ritual. Secrecy is a term we speak on the tail end of a long chain that begins in the Latin secernere, to separate, and also sacramentum, a form of sacrare, which means to consecrate, or set apart religiously. Secrecy is aggression. Secrecy is the habit of children, and the childish, and also the insane.

But nobody could have known that back then. In those childhood forests of Nevada City all my brother and I knew was that one day it was going to be taken from us. Our father was frightened. He was hateful and he was mean and by then he’d become too strong, too large for anyone’s good. There’s an idea: let’s propose a size limit on men. Let’s breed them the way we’ve bred pugs and other domestic pets. Our father was unshaved and wet-mouthed, always, because he was always chewing, sometimes on his thoughts alone but with no less effort than it took to chew on jerky, or bark. Our father was a young, handsome man who took photographs of trees while chewing on their bark. But when I look now at the pictures he took back then I can see, or maybe hallucinate what he was up to. Over and over and over again, my father tried to isolate one standing object from another. Or to unite them. Either way, I mean that he was attempting to take photos of distance itself — the trees were only a tool, the same way the shutter was a tool, or the strong, weary hands in which the camera trembled were tools. He wanted to solve the riddle of F-stop, the great metaphor that many years later would be my brother’s undoing as well.

Which brings us to my brother.

And here, I suppose, is the process by which the sacred is built. We were never enemies, my brother and I, or not explicitly. I was his older sister and everything that came with it. Maybe you’ve heard by now that the origin of human history, meaning our process of record keeping, was a desire to record who went to war with whom, and why. It would be fucked, wouldn’t it? To achieve annihilation without having left even a path of breadcrumbs?

Well, I have this tendency to not always quite arrive where I plan. I’m speaking frankly, or trying to, but I seem to not always have a point. But writing to you about my brother I’ve begun to wonder: when did redundancy become something to avoid? What else but pride made us believe we could understand anything after hearing it only once, only one way, only by efficient, declarative sentences and action verbs. Deuteronomy, for example. The resilient and, in fact, immortal practice of stoning women for so called sins. Did I, for example, bleed on my wedding night, etc.

Our mother chewed gum with her mouth open and had what my brother and I spoke of as a physical dependency on veterans of foreign wars. Mom was one of those people who looks put-out when she smiles. I remember one time my brother, your father, saying that Joanne took everything in stride but made sure everyone knew about each and every step. This was hands-down the single sharpest bundle of words I had or would ever hear coming out of my brother’s mouth. I was impressed, then, but not for long. If memory serves – which, how about that construction? – if memory serves it was the same day that my brother would stop being a person in whose presence I felt safe.

I mean this – I never felt completely safe around my brother.

I remember it perfectly. A fateful day, as it were. The last time we would see our mother. I go back there sometimes, into these moments outside of the house in San Bruno, sitting on the stoop and smoking cigarettes like if we kept going one of us might admit that the other was better at it. We forget, sometimes, our ability to return ourselves back inside of any day that we choose, whenever the impulse strikes. This too is magic.

And then there is your mother.

We went camping last month, the three of us. Maybe you remember. It was your mother’s idea, as most these days are. I’m here but not, if that makes sense. You are the child that explains my presence. She came home one day with a car full of gear – a tent, sleeping bags, self-inflating mattress pads. Together, we drove to Mirror Lake, Wisconsin, and cooked peppers and mushrooms over the fire. She had a brand new hatchet that you badly wanted to get your little hands on and play with. We had to separate you from it. You had your run of the grounds because it was late in the season and the middle of the week. You made all kinds of noises, and we rushed into and out of the new-smelling tent, trying to keep out mosquitoes. But one made it inside, as one always does. At some point in the night I awoke. And once I heard this mosquito’s whine I was up for good. Sometime before daybreak I walked from our campsite down toward the lake, where the mist was low in the soft, cool light. I walked down the boat launch, up to my knees in the brackish water. I sank and waved my arms slowly, watching the ripples spread. When I got back to the campsite there were three men there, the three people I wanted to tell you about. Seeing them, I assumed must have stopped at our site on their own way to the lake. Then I noticed their long, camouflaged pants and sleeves, and their generally sporting look, as if each had played a key role in rallying the one next to him. I could see that they had been drinking.

Your mother has suggested that we use “threat” as the collective noun for a group of men. Three or more. A threat of men.

Meanwhile I was certain that I must have sensed their coming. I believe that I woke to that whine of the single mosquito echoing through our tent like some blaring siren.

The three men did not notice me right away. They were laughing but moving their feet. Your mother was standing in front of the tent in her tank top and jeans. I could see the hatchet rocking in her hand.

At this point I remembered something, and I began making a great deal of noise, I made a terrible ruckus as if I was being attacked. Like it was already happening. As if these men had already done what they had come to do. I waved my arms and shrieked as if bleeding, channeling some deep memories of those times when I actually had been attacked. I mean that I folded time onto them, and they walked away baffled by my magic. One of these men, as he backed away, even held out a hand and asked if I needed help. I have no doubt whatsoever that your mother would have used that ax.