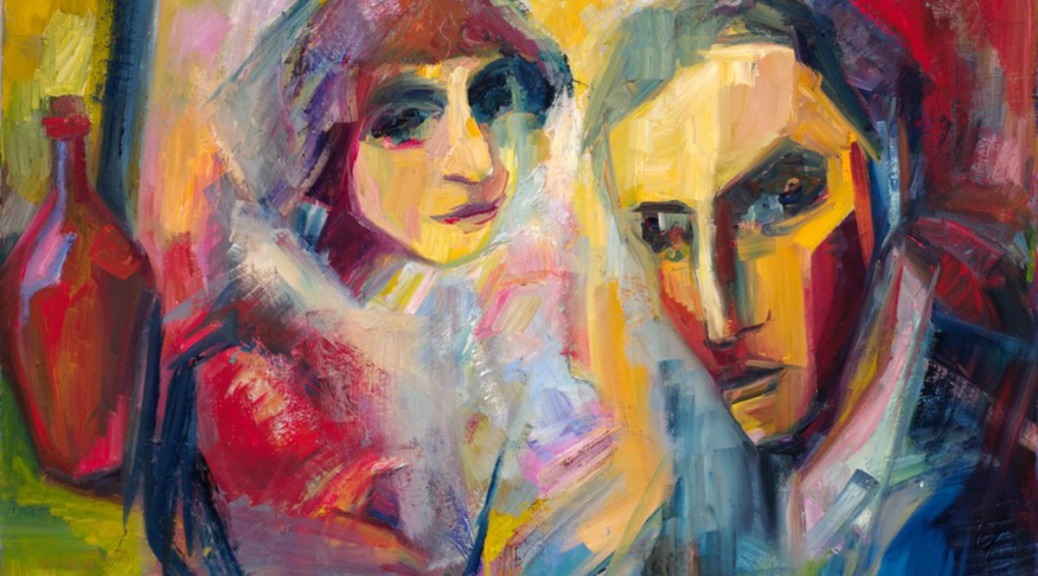 Marina Tsvetaeva (1982-1941) was a Russian poet, born in Moscow, much admired by Joseph Brodsky who stated in 1978:  “Well, if you are talking about the twentieth century, I’ll give you a list of poets.  Akhmatova, Mandelstam, Tsvetaeva (and she is the greatest one, in my view.  The greatest poet in the twentieth century was a woman.” The poems translated here were written as Tsvetaeva was living in exile in Prague, where she lived from 1922-1925, before moving on to Paris, and eventually returning just before World War II to the Soviet Union where she committed suicide, having lost her husband to the KGB, believing she had lost her daughter to the Gulag, and leaving behind a teenaged son, who did not survive military service in the war.  Her daughter, Alya, emerged from the Gulag late in life and did much to preserve her mother’s legacy.

These poems have been translated by Mary Jane White. Ms White is a poet and translator, from Amen Lake, Deer River, Minnesota, MFA University of Iowa Writers’ Workshop, received NEA Fellowships in 1979 and 1985 in both poetry and translation, twice awarded writing scholarships to Bread Loaf (1979, 2016) and to Squaw Valley Community of Writers (2006).  Her book Starry Sky to Starry Sky (1988) is available from Holy Cow! Press, and contains translations of Marina Tsvetaeva which first appeared as a cover feature in The American Poetry Review. Recent Tsvetaeva translations include:  New Year’s, an elegy for Rilke, a chapbook from Adastra Press (Massachusetts); Poem of the Hill in the Summer 2007 issue of The New England Review; Poem of the End in the Winter 2008 issue of The Hudson Review, reprinted  in two anthologies,  From a Terrace in Prague, (Prague 2011) and Poets Translate Poets, (Syracuse 2013).

Scorching, as hot tar:
Unendurable a second time!
My brother, with so
Strange an admixture

Of discord . . . (The sound
Of a torn branch comes here?)
My brother, suddenly setting
Like so many suns!

My brother, with no other sisters:
Made entirely my own!
Up to your funeral pyre—
My brother, provided:  we go

Together to heaven or to hell!
We come to rest—with a wound—
As with a rose!  (My brother,
You are the gift of hell!)

My brother!  Looking back over the ages:
Nothing was stronger than
Our bond!  Running back—the river . . .
May come to whisper again

Somewhere, to the stars and wooden sleepers,
— In the open, to no third party!—
What we whispered those nights
As Cesare—to Lucretia.

THE HOUR OF THE SOUL

In the dark night of the soul,
Un-reckoned by any clock,
I gazed into the eyes of a boy,
Un-reckoned in the nights

Of anyone yet, like two ponds
— Unclouded by memory and brimming—

In repose . . .
At this point
Your life begins.

My greying Roman she-wolf’s
Gaze, upon my fosterling sees—Rome!
My dreaming motherhood’s
Rock face . . . With no name for my

Sense of loss . . . Every pall is
Lifted—growing out of my losses!—
Just as once above a bull-rush
Basket there bent a daughter

At that hour, soul, take control
Of those worlds, where you want
To rule—mansion of the soul,
Soul, of that, take control.

Redden your lips, powder
Your lashes—with snow.
(Atlantean sigh of the soul,
Of the soul—into the night . . .)

At that hour, soul, darken
Your eyes, where like Vega
You will rise . . . and let sour,
Soul, the sweetest fruit.

Of Saul . . . At that hour, tremble,
Vanity, and wipe off your rouge!
There’s an hour of the Soul, like the hour of the storm,
Child, and this hour—is mine.

This hour of the innermost depths
Of my breast. –The breaking of a dam!
Of all things breaking loose from their hinges.
Of secrets—breaking from their lips!

From my eyes—all the veils lift!  All tracks—
Lead back!  On the ruled staves—not—
A note!  Hour of the Soul, like the hour of Troubles,
Child, and this hour—strikes.

As my Trouble!—as you call it.
As when, as if lacerated by
A scalpel, children—reproach
Their mother:  “Why do we live?”

AS FOR YOU, I AM INCLINED

Your eyelids . . . As unconsciousness is blessedly inclined
To a lute, as a stairway to gardens, as is a willow
Branch to receding fence-posts and lines . . .
As for you, I am inclined to all

Your stars—as is the earth (the ancestral bending
Of stars to a star!)—drawn to the banner
Of laurels on the graves of all who suf—fered.
As for you, I am inclined to your wings,

Your sinews . . . As an owl is drawn to its hollow,
As the pall of darkness draws me forth
To the head of my grave,–years I’ve wanted to go!
As for you, I am inclined to your mouth

Into reveille!  Out of the dead sleep of headstones—
Into my hands, here into these palms, both of them,

Shell-like—now grow, be calm:
Grow like a pearl in these palms!

O, neither sheikh nor shah may buy
The private joy and private awe

Of my shell! . . . None of the beauties’
Hauteur may touch your innermost places

None may appropriate you, like this
My shell-like innermost vault

Of my unassailable hands . . . Sleep!
Private joy of my longing,

Sleep!  Clouding the oceans and shores
Into my shell I take you, as into a mouth:

Right to left and top to bottom—
My shell’s cradling home.

My soul will never give you up to the day!
Your every torment stifled, muffled,

Soothed . . . As by a clean palm
Cooling and caressing your latent thunder,

Cooling and growing . . . O, suppose!  O, behold!
Like a pearl you will emerge from this abyss.

— You will emerge!—With the first word:  be!
My tortured body will make way

Like a shell.—O, wide open, shutters!
For a mother each torture in its season,

In fairness . . . Provided you escape my captivity,
You’ll need to swallow an entire ocean in return!