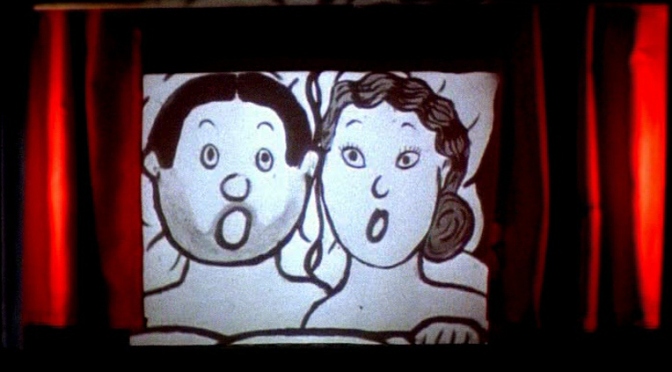 What my friend who lives on Elsie Street recalled of the Beatles concert she went to in San Francisco or rather Daly City is the sound (which completely drowned out the singing) of girls screaming, and then the smell—after the music was over and the crowds were filing away—of urine: because the ecstatic young women wet themselves in their frenzy of crazy love and safe-because-totally-hopeless desire.

On Meaning and Meaninglessness

That would’ve been the year I discovered that repetition could lead to estrangement: the year I said the word “milk” to myself alone at night (why?) over and over and heard it askew, oddly, heard it as if it were in a foreign language, or just a kind of music, what an weird syllable! Milk milk milk, I murmured, trying to make the word come back to sense but watching it—like an escaped pet—run ever further away deeper into pure sound the more I called it, as I kept calling it. Why had I ever thought it knew its own name or thought it had a name or thought I could name it: white streak up the empty field at dusk and across the street then over the tracks into that dark pathless tangle of Pine and Scrub Oak. Milk milk milk milkmilkmilk: the “mell” extended, then the “k” coming down with a fierce chop, and some other life starting there where I’d just noticed (I’m always noticing things) the swell of my hip for the first time (I was nine) under the sheet and thought at once: “that is sexual,” and, “that is dangerous.” The noise all around me of Sex beginning to be a language I would learn to speak somewhat haltingly: sex sex sex; the beginning of my new life as a somewhat confused refugee in a mostly hostile country. Alien there I still new my name I could tell you my father was Milk Mullen my mother was Don’t and I was born on a Diary Farm with my brother Been where we all told each other everything sooner or later as Truth was our only harvest and our rich Autumn was called Divorce and everything, everything from that time of my “ripening,” where my body was the border crossed, was set to the catchy tunes of the cute white boys who grew up in the slave port. Oh I’ll / tell you something / I think you’ll understand: I wanna milk your milk and the flip side I milk you yeah yeah yeah I milk you yeah etc.

The One Thing We know

About Elsie is this: she doesn’t own
Herself—she can’t. Structured out
Of the category of the “individual”
Twice (animal, female), though
She speaks for or represents
The brand she can’t brand—
Which is to say “market”—
Herself. The rights to her
Image always lie elsewhere,
And her role is limited to this:
To stand in for the origin
In order to sell something else
For someone else. Elsewhere,
Also, what the poet called
The profit and loss. Elsie works,
In other words, for free
In support of the free market
In the land of the free and
The very very frightened,
In the free homeland, that is,
Whose happy function (or so
We are told) depends on her
Ability and willingness to shop.
I’m not asking you to identify
With her: I’m asking you to stop.

Laura Mullen is the author of eight books: Complicated Grief, Enduring Freedom: A Little Book of Mechanical Brides, The Surface, After I Was Dead, Subject, Dark Archive, The Tales of Horror, and Murmur. Recognitions for her poetry include Ironwood’s Stanford Prize, a National Endowment for the Arts Fellowship and a Rona Jaffe Award. She lives and works in Louisiana. She is the librettist for composer Nathan Davis’ work for choir and percussion, Ask, which was performed at UC San Diego, Notre Dame, and Williams College.

My Tweets
Join 13,551 other followers