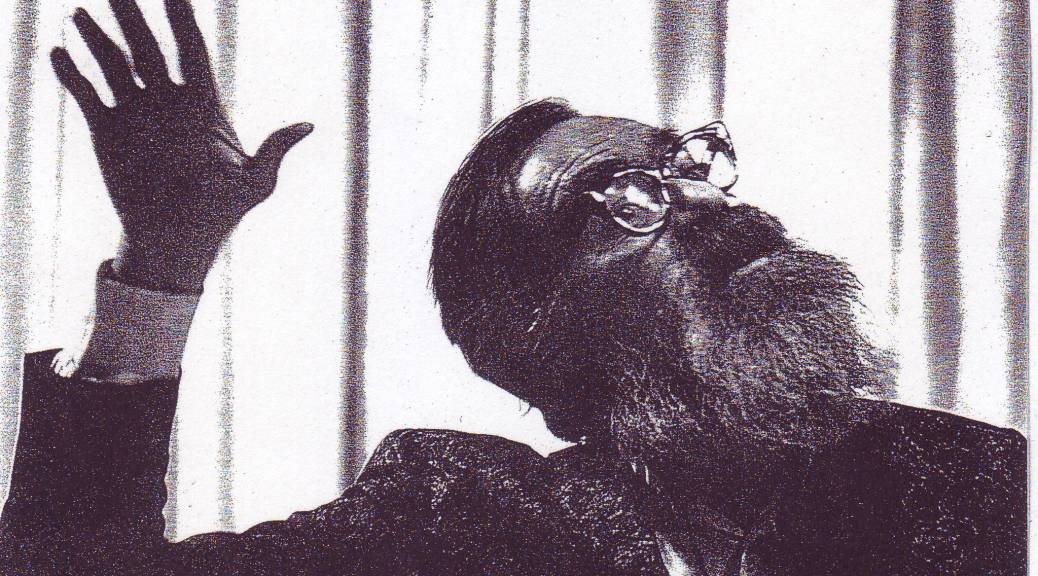 Politics & elegies to poets no one ever reads;
Hootie-man in black face; New York bums kneeling
in alley vestibules sifting trash; litany the sins
of others & his own & yet he does not seem an angry man.
Since when do suicides say goodbye without a note?
Dream Songs hard to follow—robust, grotesque,
like the strong man at the fair. Others sallow dwarves
and bearded ladies—circus freaks. He drank.
You can whiff the bourbon-soaked words, the
impolitic rant with no lineage to Emerson or Thoreau.
What was he thinking when he leapt that freezing
January day off the bridge above the Mississippi?
Poets jump. It’s a well known fact. Others jump too,
but with less vibrato. But no one ever waves. Was it
half-way down, an after-thought, a final fuck you salute
having forced the sentiment so often through the granite
larynx of his poems? Maybe he decided before the jump,
unable to suppress that poet’s urge to fashion–death crafted
& edited & ampersand & ampersand & maybe on forever.
He missed the river, body fractured upon the rocks and
bled out on the bank. He wouldn’t have cared, always
more interested in the launch than landing perfectly, anyway.

No Familiar Patterns (For Cody)

Twenty-two and ancient with
a limp, my handicap these dreams
of Alaskan tents and carbine rifles
slung like children at my hip; star
shell afghans knit, close artillery—
Lt. Lance Corporal William Miller.
Just Will now, to friends who never
ask what was it like? and if
they did, and I could answer:
sea green flares booming against
ink-soaked desert skies, shifting.
God was there, but not our God—
a man who prays upon his
knees no match for one who
prostrates on the ground, all
hardware useless against such
mammoth fervour. We knew that,
though we never said it—war lost
as soon as planes touched down.

Now I’m home. Backyard litter—
lawn chairs, BBQ; it should be
quiet, it should be everything
and yet I hear it all; traffic
on the street, neighbour’s
kids, airplane overhead. I drink
too much and the wife softly
scolds “You never hold the baby.”
Yet she of the soft diapers,
blue eyes and majestic skin
reminds of me of other babies;
Afghan mothers who tried to
press them in our arms, thinking
they’d be safe. How to tell them?
We are the destructors.
Lazarus, Peter, Judas
trying to plant a kiss.
Pilate, Herod, Roman soldier
soaking rags in vinegar to
parch a saviour’s lips: the
only villains that I know.
Once engaged in warfare
with the night I came out
here beneath spangled sky
and tried to pray like them,
forehead to the ground.
Yet still I was terrified, slung
low in foxholes where stars
make no familiar patterns.
Thinking: I am a good soldier
but I cannot be alone.

Still she was distanced from
the flamboyance of humans, pale
fingers of the republic reaching for
the bronzed spears of rebel island gods;
military bases scanned for winged Aiki–
guns shouldered, minutes too late; for that
one brief moment she was a triumph
of disaster–warm purpose on sandy beach,
sugar-dusted villas built high as parables allow;
hula-hoops, blue orchid leis draped like
sad aegis round ample neck and wattle
before the strafe came down. Behind them
mute and cold volcanoes, calmly tracing
history, still thirst for human sacrifice.

Sociopaths don’t suspect they’re sociopaths
which makes this tired round
of whose fault is it once more
A wasted conversation; time better spent
on politics or sleeping in our bed.
You want to talk; alright I’ll talk.
Once more I’ll blame it on my childhood–
distant mother, father always scheming to get rich
and me in the silence of my room
reading The Arrogance of Power.
I did not have sex with that woman.
We only talked, and ate.
A spasm of infidelity;
unconsummated. I knew you waited
by the window filing down your claws.
I am Misogynist; Caveman.
I have no complaints about you.
You are the perfect wife
and I am truant; a master of perchance.
I did not have sex with that woman.

We are all children under water

We are all children under water
laughing upside down
sharp teeth glistening
mistaken for pearls.
When I danced with
the ocean’s tide
she asked me if I was sad
and when I said no
she laughed
and drowned
another sailor.

The lake is frozen.

I’ve thought about all the ways
we can break the ice,
unravel the threads
that bind us to the places
we’ve never been
and all the people
we could never be.
I once wanted to be
a constellation, bright and
untouchable. A mythic web
that tasted like oranges
bitten by the cold. But
I was just an underwater
thing haunted by the ghosts
that lived between the
floorboards and you
were just an idea
chasing symbols
to the lakeside,
longing for salvation.

I’m not even good at being
a narcissist.
I eat karma raw
self made mishap
my anti drug
is my last overdose.
My future has trouble breathing.
I would snort these lines
but my sinuses are illiterate.
My poem is the eulogy
of itself. Every one I write
either love story
or suicide note.

There is no yardstick
by which we measure light.
It has weight, it bends;
you knew this.
I’m a queer Oedipus.
A reversal of Rex
on the road to Colonus.
Blind, with teats–
a second-rate Tiresias.
You quote Yeats.
Suggest I enter
the Chapel Perilous
and I protest
“I’ve been there for some time.”
Lancelot has nothing
on me. I’ve seen
the writing on the wall,
you debasing sacred vessels and
screwing on the temple floor
because even the wrath of God
is better than His silence.
They call you notorious–
Tom Ripley, Jack-the Ripper
in your blood-letting palace.
Murderer. Degenerate.
Yet strangely intelligent;
‘posthuman’ a convenient label
for unruly obsession.
This heroic stupidity
marketed as necessary art
when we both know
it’s just raw pornography
with a slight glaze
of  your ’70’s nostalgia.
Woe be to he who thinks
he controls the magic!
He is but a paper cut-out of a God.
A carbon copy.
Data is not divinity;
the chapel not a studio
or a Beach Boys song
played to unsuspecting ears
in Internet cafes while stoned
on crystal dreams.
You are the man my father was,
always promising his love
but retracting at the last.
The naked blonde Adonis stands beside the bed
about to be shot in Salo
and you asked me why?
“Was it because his cock is small?”
I can answer now,
if you’re still listening.
They shot him because
he dared to love
outside the dictates of his masters.
For one brief shining moment
he leapt off film
into the true Chapel Perilous.
The one that unfolds
in dumb chambers,
because you forgot
and I never knew
that Lancelot stumbled
quite accidentally
onto his chapel in the dark.
Just another wayward knight
without a horse.

Darren Greer is the author of three novels, and a book of essays. His novel Still Life with June won the 2004 ReLit award in Canada, was a finalist for the Ferro-Grumley award in Manhattan, and was a Now Magazine top ten pick of 2004. His short fiction and poetry have been published in the Harvard Gay and Lesbian Review, Found Press, Bywords Magazine and elsewhere. His latest novel is Just Beneath My Skin.